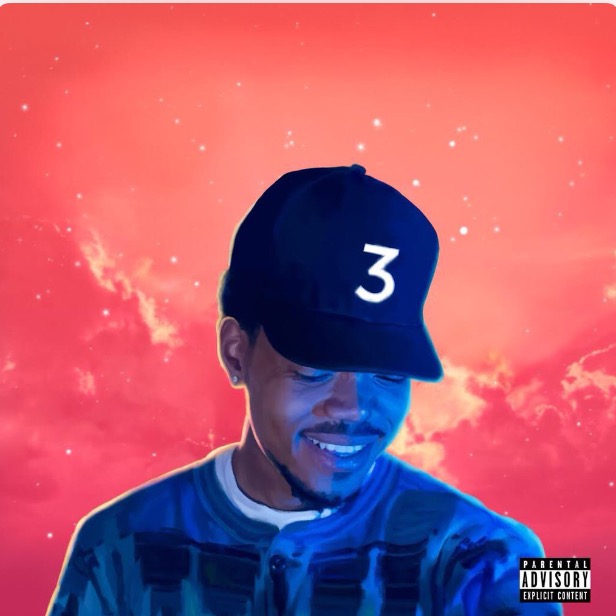 In Kanye West’s song “Ultralight Beam,” featured artist Chance the Rapper raps the lyrics, “He said let’s do a good a** job with 1 Chance 3, I hear you gotta sell it to snatch the Grammy,” referring to Chance’s then upcoming mixtape. But last week, Chance contradicted himself.

Chance the Rapper is a major artist who was nominated for seven Grammys last week, including Best Rap Album for his mixtape “Coloring Book,” Best Rap Song for his song “No Problem,” and Best New Artist. As much of a feat as this is for Chance, the nominations were even more special as he also made history.

According to a Dec. 7, 2016 Complex Magazine article, Chance’s nominations included a “historic first ever nomination for a streaming-only project.”

What streaming-only means is that Chance released “Coloring Book” exclusively on free streaming services such as Apple Music, Spotify, and Soundcloud. In his entire career, Chance has never been backed by a record label on any of his projects, and has only given out his music for free.

“To accomplish what he accomplished without a major record label backing him and not selling his songs is a crazy big deal,” CHS senior Sam Eticha said, “he’s making history.”

Chance is now regarded as a part of hip-hop royalty. His sound is different and is popular among Churchill students and the fact that he doesn’t sell his music is meaningful to his fans.

“I really like his unique voice and music style and that he doesn’t sell his music,” CHS senior Semira Kehnemouyi said.

Chance is a 23 year old Chicago native who released his first mixtape, “10 Day,” to Soundcloud in April 2012 when he was just a senior in high school. But it was his next mixtape, “Acid Rap,” which really put him on the map. Released a year after “10 Day,” “Acid Rap” is the mixtape that made him famous.

According to Eticha, Chance “incorporated different elements of music,” that allows the mixtape to be “raw and real.”

“Acid Rap” caught the attention of many people, including 21 time Grammy winner Kanye West. West brought Chance on to be a songwriter and featured artist on his album “The Life of Pablo,” which was released in February 2016. Chance is credited with writing the Grammy-nominated songs “Ultralight Beam” and “Famous,” and played a role in “The Life of Pablo” being nominated for Best Rap Album. Chance’s featured verse on “Ultralight Beam” is believed to be one of the highlights of the whole album.

“The song was my favorite out of the whole album because of Chance’s feature,” Eticha said.

In May 2016, Chance released his third mixtape “Coloring Book” to Apple Music exclusively at first, before expanding to Spotify and other streaming services. The mixtape received critical acclaim and became the first streaming-exclusive album to land on the Billboard 200 charts, making it’s way up to number eight.

According to Eticha, the mixtape “lived up to its expectations and even more.”

Prior to the release of “Coloring Book,” streaming only projects weren’t allowed to be nominated for Grammys. They had to be sold in order to be considered. But in June 2016, the Recording Academy changed the rules.

According to a June 2016 LA Times article, the Recording Academy will now allow “streaming-only titles to be considered for music’s most prestigious prize.”

Many people believe that “Coloring Book” is what influenced the rule change. But now that streaming-only projects are allowed to have a seat at the table, many believe Chance the Rapper can bring home the gold.

“He has a real ‘chance’ at winning most of them,” Eticha said, “His winning one would make music history.”