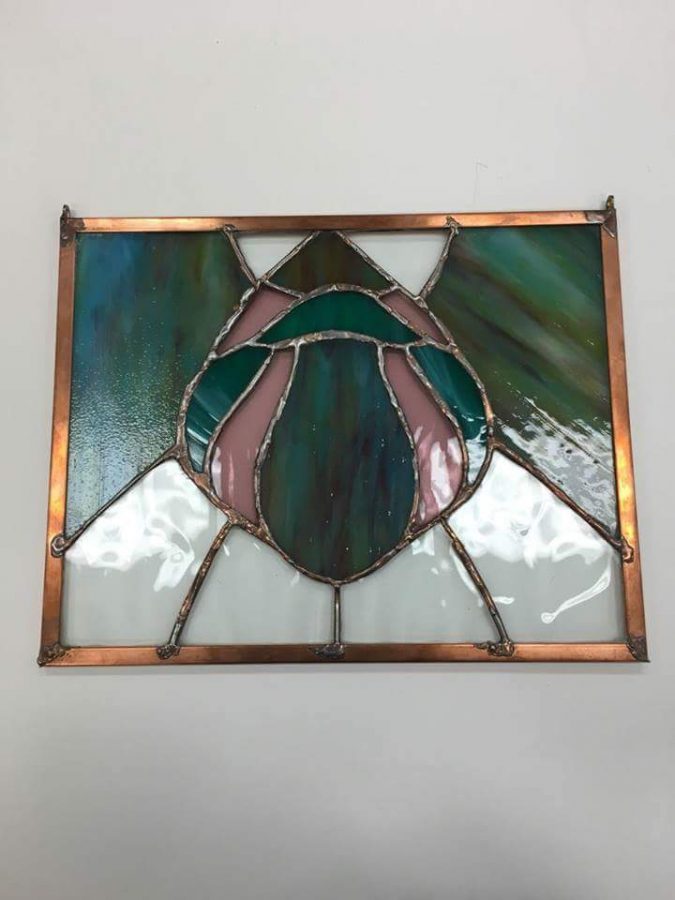 The CHS art department is kicking off the new year with renewed art projects, such as National Art Honor Society’s annual service project and the return of Consenses.

The National Art Honor Society (NAHS) will be creating 12 40 by 40 inch paintings for display in Bethesda’s Medstar National Rehabilitation Hospital. The theme for this year’s paintings will be birds of Washington, D.C., Maryland and Virginia. Last year, the NAHS created eight underwater-themed paintings for the Holy Cross Hospital.

Participation is mandatory for all 70 members of the NAHS.
“We usually have [members of NAHS] do some sort of art community project,” NAHS Sponsor Jacquelyn Washam said. “Every year since [Art Department Resource teacher Brendan] Roddy and I have taken over NAHS, we made it a requirement.”

The project is made available by Youth Art for Healing, a non-profit organization based in Bethesda, Md.

According to the Youth Art for Healing website, their mission is to display artwork created by students in healthcare environments in order to create a sense of comfort and healing while simultaneously fostering creativity and empathy within the artists. They partner with healthcare organizations to design ideas and then distribute them to art coordinators of school districts in the D.C. Area.

“Youth Art for Healing is the place that organizes it and gives us options of different jobs that they have, and we choose depending on how many kids we have and how large the job is,” Washam said.
After picking groups and creating concepts, the project has officially started and should be completed in April.

According to senior Izzy Rayner, she likes the fact that each group collaborates to design the painting and make the finished product a result of a collective effort.

Consenses involves different “chains” of five artists; the first artist in each chain will be provided the same theme as the others and will create their individual pieces based on the theme. Then, that artwork will be given to the next artist in the “chain” who will use the work as inspiration for their own, and so on, like a game of telephone. There will probably be three “chains” like last year, but Dermont hopes that the number of artist participating will increase this year.

“Last year’s went really well,” Dermot said. “We got a lot of positive feedback.”
The theme of last year’s Consenses was the Montgomery County Agricultural Fair. The final projects included different mediums such as interpretive dance, song and stained glass. This year’s theme will be revealed at the project’s completion in spring.

According to Dermont, no major changes will be made to the way the project will be run, but he plans on reducing the time given to each individual artist to work on their portion of the chain from three weeks to two weeks. He would also like to have the students more involved with the publicity.

Consenses is projected to start in early December and everyone is encouraged to join.
“I am most excited to see what piece I get to interpret this year and to see the final reveal of what the original picture was,” Goldberg said.