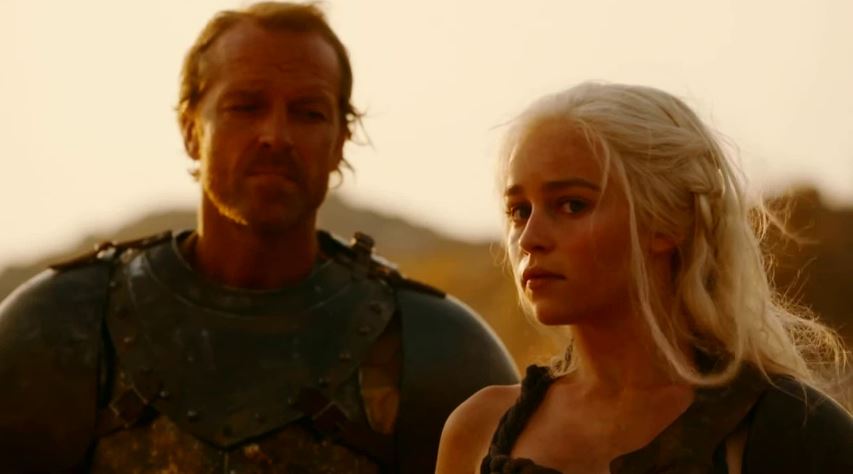 Iain Glen and Emilia Clarke will return to star as Jorah Mormont and Daenerys Targaryen, respectively, in the sixth season of the HBO show.

It may be spring, but winter is coming.

HBO’s Game of Thrones returns for its sixth season April 24, promising a new set of storylines filled with drama, mystery and violence.  The excitement is palpable as fans at CHS prepare to watch as their favorite characters return to television for the next two and a half months, including Daenerys Targaryen (Emilia Clarke, Terminator Genisys and Dom Hemingway) and Tyrion Lannister (Peter Dinklage, Death at a Funeral and X-Men: Days of Future Past).

“My favorite character has been Daenerys because her story is so different from the rest of the show and I think her character has had the most interesting and exciting development,” senior Jackie Zidar said.

Students such as Zidar are excited to watch as the show’s various storylines continue to progress in new, unique directions.

“I’m interested to see where certain characters have ended up and if they’re just going to pick up where they left off or whether there will be a big, confusing jump in the plot,” Zidar said.

One important development will be the return of the character Bran Stark (Isaac Hempstead-Wright, The Boxtrolls), who was absent from season five after having been among the main protagonists throughout the first four years of the show.

“I welcome the return of Bran Stark after his season long absence,” senior Kevin Wang said. “I’m curious about his development and the skills he’s learned, if any, during his leave.”

Another focus of interest is the fate of certain characters whose fates were left enigmatic during the season five finale.

“The ambiguity of certain characters’ deaths follows the producers’ trend of ending each season on a big cliffhanger,” Wang said. “It has certainly been effective as I’m extremely excited for the upcoming season premiere.”

Hopefully, these countless questions will be answered when the first episode airs Sunday, April 24 at 9 p.m.

“One of my favorite things about Game of Thrones is never knowing what will come next,” junior Sheila Gaur said. “That is what I am most excited about next season–seeing where Bran, Daenerys, Cersei, Arya, Sansa and the rest of them end up. All of them seemingly have storylines that are at crossroads, and there are so many directions the show writers can take them in.”