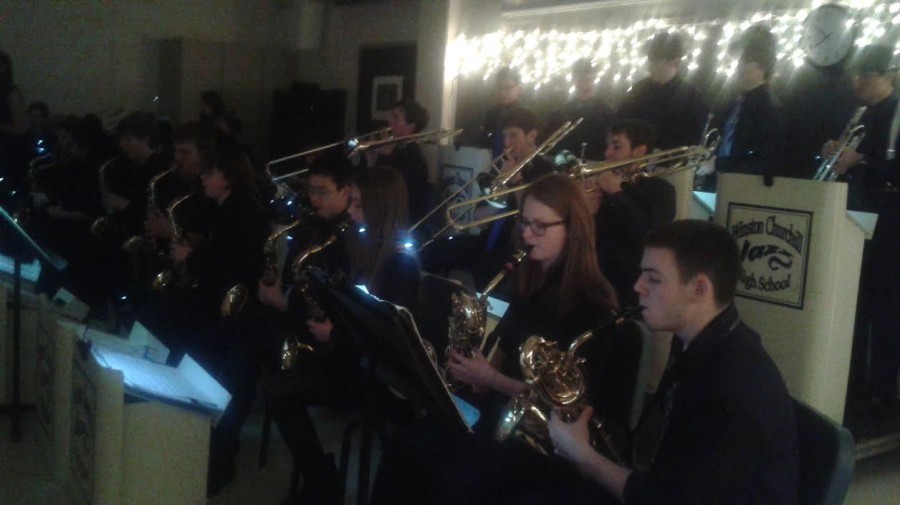 Members of the CHS jazz ensemble participated in its annual coffeehouse Dec. 12.

The theme of the coffeehouse was a 1970s throwback. The band room was completely transformed, with tables set up where the audience could sit and lights strung all over the room. Admission and food were free and all food was provided by parents and volunteers.

“I really enjoyed it,” junior Natalie Hwang said. “The whole set-up and atmosphere was really lovely.”

The atmosphere of the show was casual and the audience was encouraged to get up and dance. There were two sets featuring songs such as “Shining Star” by Maurice White and “Sir Duke” by Stevie Wonder. Senior Annie Fang had a vocal solo in the second set during the “Look of Love” by Burt Bacharach.

The coffeehouse was an enormous success as the room was packed with people having to stand due to the amount of people who attended. The band received a standing ovation at the end of the show.

“I’d consider this year’s winter coffeehouse to be the best since I’ve been a part of the Jazz Band and something to build off of in years to come,” alto sax player and senior Connor Quigley said.