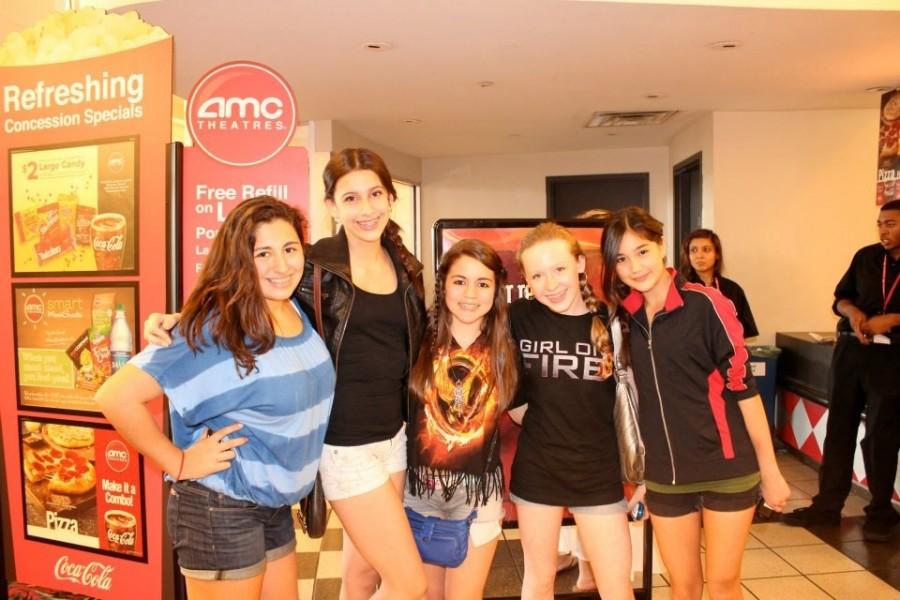 Fans of the Hunger Games trilogy are not sure what to expect in the third installment of the movie franchise, since the movie is being split into two parts.

By Arielle Gordon and Isabel Dibble

Katniss Everdeen (Jennifer Lawrence) and Peeta Mellark (Josh Hutcherson) have survived two Hunger Games. Katniss is alive and well in the underground city of District 13. Peeta is in captivity somewhere in the Capitol. The first half of the third and final Hunger Games book, Mockingjay: Part One, is about to hit the big screen Nov. 21.

“I’m so excited that the legacy will be longer and that the anticipation will be stronger, and I will be able to get to have my movie night again,” junior Raz Moayed said

Lionsgate, the producer of the movie, has not announced where Part One will leave off. Fans are left to wonder if Peeta will be rescued and reunited with Katniss in part one, or if they will be held in suspense for another year.

According to freshman Sarah Morgan, she is most excited to see Peeta and Katniss reunite but does not know when it will happen.

As in many young adult novels, there are two boys clamoring for the heart of one girl. Some fans are rooting for Katniss to show real affection for Peeta and forget about her longtime friend Gale. Others want Katniss to express her feelings for Gale now that the Capitol cannot force her to be with Peeta.

According to whatculture.com, a movie preview website, Gale will be featured more often in Part One because he will be spending more time in District 13 with Katniss.

Anticipation for this movie is higher than ever before. Advance tickets went on sale Oct. 29, three weeks before the release date.

According to deadline.com, Mockingjay set a record for the highest advance movie ticket sales in 2014, with more than $93.4 million worth of tickets sold.

Many dedicated fans of the books get together with friends to enjoy the movie and have activities that they do each time another Hunger Games movie comes out.

“Every year, I get together with a bunch of my friends, about 40-50 people, and we go sometime during the premiere weekend and watch it all together,” Moayed said. “It is so fun and we plan to do it this year and next.”