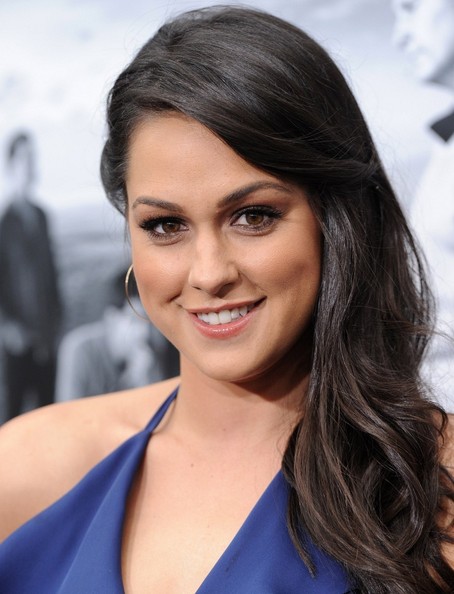 This past week, the Observer sat down with actress and ‘03 alumna Kelen Coleman, who has starred in shows such as Men at Work, The Mindy Project and The Newsroom.

Q: Were you born and raised in Potomac?

A:  I was born in Nashville, TN, and my dad is a bluegrass musician. When I was 4 or 5,he switched bands, and we moved here. The new band was based out of Virginia. We moved to Potomac because the school system was one of the best in the country. I went to Beverly Farms and Hoover before CHS.

Q: What were your favorite experiences at CHS?
A: I have a lot of good memories. We are very lucky to have such a great school and community in Potomac. I loved Blast; I was in it for all four of my years here. I was also a cheerleader, in Showstoppers, and my senior year, I was SGA secretary. The key factor in a lot of that was the friendships and connections I made. They were all great extracurricular activities.

Q: What activities were you involved in during high school?

A: I was in literary magazine with [English teacher Jeffrey] Savett. I was in plays and did the morning announcements.

Q: What experiences did you have at CHS that prepared you for fame?

A: I do not see myself as famous. I am starting to get recognized, but that still does not register in my head. I do not think anything can prepare you for that. I guess if I had to choose something, it would be Blast. One other girl and I were the first freshmen to have solos. Having that artistic outlet, and performing in front of that many people is an experience not many people have.

Q: Who were some of your favorite teachers?

A: I love [math teacher James] Collins, who I have known since middle school, and Mr. Savett, who embarked a lot of creative energy in me. I think I had him during his first year of teaching. Former Choral Director Carlos Barillo also had a big impact on me. Principal Dr. Benz was a great principal and was very supportive of the arts programs.

Q: Would you go back to high school if you could?

A: Yeah, maybe I would for a week or so for a visit and get a flashback of the past. I love my life now, and I love my memories there.

Q: Were your parents supportive of you becoming an actress?

A: Yes, I am lucky that I have such supporting parents. Both were or are in the arts. They were always very honest with me. They would tell me what they thought, and they told me that they believed in me. But they also kept me in check. They told me ”You are going to face a lot of rejection.”

Q: Is acting as glamorous as it looks?

A: Probably not. There are aspects that are very glamorous. You get to work with people you looked up to when you were growing up. You are putting your emotions out there. You have to work your way up. I was a server for a very long time. I was still serving part-time all throughout the first season of Newsroom; I did not want to have to worry about money. You work so hard, but in a second something can happen.

Q: How did CHS and Potomac influence your acting career?

A: I think that where you are from and the people you meet along the way all influence you as a person when you are creating any art form. You pull everything from who you are as a person from your experiences, and a lot of my experiences are from the people in Potomac. It has shaped who I have become.

Q: What advice do you have for CHS students?

A: High school is an important part of life. It is just the beginning, and there is great stuff ahead. Take everything in and enjoy it while you can. Do not take everything like it is the end of the world. Your high school experience is what you make it. I did a lot there and had a great time. It is important to be involved because you are only going to be in high school once. You want to remember this time.