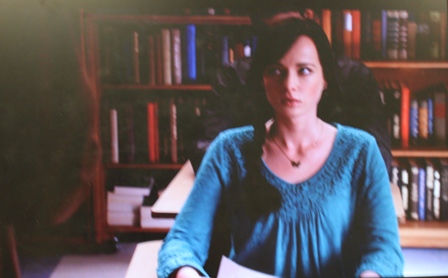 Last season on MTV’s Awkward., Jenna (Ashley Rickards, Fly Away) answered the question teenagers all around the world were asking: would she pick Matty (Beau Mirchoff, Scary Movie 4) or Jake (Brett Bavern, Player 5150)?  Although there were conflicting opinions, many teens were thrilled when she chose Matty.

. returned April 16 with a whopping 20 episodes for its third season. The MTV hit has become increasingly popular among high school students, as it plays on the issues many teens are experiencing and adds a satirical twist.

“The show uses the high school experience and gives it a more humorous side,” freshman Tiffany Cao said.

According to sophomore Jillian Goss-Holmes, Sadie’s cynical humor is what makes her the best character on the show.

This season also plans to change the dynamics of many friendships and relationships. The first two seasons were filled with Sadie torturing Jenna and Tamara, but now that Sadie’s tough financial situation has been announced to the school, the spotlight may shift. Another change viewers will see this season is the blossoming relationship between Tamara and Jake.

According to Cao, the amusing plot line and Sadie are the reasons she continuously watches the show.

Season three will also delve deeper into Jenna’s internal struggles. She is registered to take a creative writing class, despite insults about her writing from her teacher who is beginning to push Jenna to look inside herself and channel those feelings into her writing.

The show has proven successful at relating to teenage life in a funny and unique way. We will just have to wait and see what is in store for Jenna and her friends in the rest of season three.