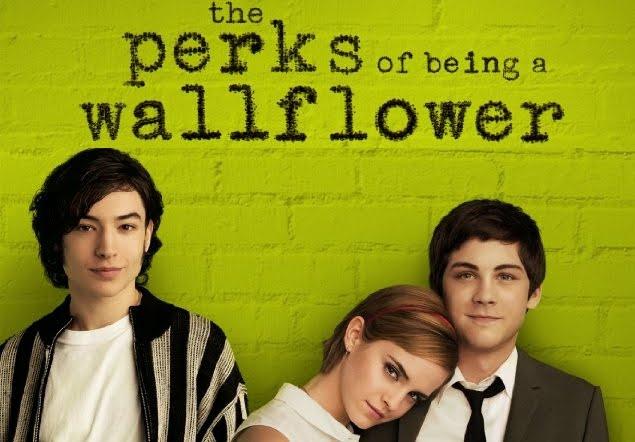 When I went to see The Perks of Being a Wallflower, I expected the typical high school coming-of-age film. The movie did have many qualities relating to that genre—a quirky main character, disastrous relationships and awkward teenage encounters. But despite expectations, Wallflower proves to carry more meaning.

This film was based on the popular 1999 book written by Stephen Chbosky. Chbosky returns and artfully directs the movie in a ‘90s era suburban setting. The film follows the life of Charlie (Logan Lerman, Percy Jackson and the Olympians) who struggles to get over the deaths of his best friend and beloved aunt while trying to fit into high school. The freshman is befriended by two seniors, Sam (Emma Watson, Harry Potter series) and her stepbrother Patrick (Ezra Miller, We Need to Talk about Kevin).

The film takes place in Charlie’s first year of high school. Charlie begins as a shy and distressed freshman, but grows through experiences such as dating, watching football games and partying. Many of his defining moments take place in what are the more average scenarios, such as the scene when Charlie observes his new friends’ ritual of blasting the radio while driving over a bridge.

The cast generates a realistic portrayal of high school and delivers strong individual performances. While Lerman is not a well-acknowledged actor, he makes for a believable, intelligent and troubled freshman.  Watson emerges from her Harry Potter days and proves to be versatile; her American accent is flawless, and her representation of an eccentric, music loving teenager is authentic. Perhaps the best performance came from Miller who stole scenes with his humor and melodramatic declarations.

Despite the talented cast, the film succeeds because of the vast array of twisted relationships found between characters. Not only do audience members see Charlie interact with his immediate surroundings, but they also see the complex interconnectedness of his relationships. These include Charlie’s sister’s relationship with her abusive boyfriend, the secret affair of Patrick and his lover and Sam’s attitude toward her love interest.

The drawback about the film was how implausible it was for a teenager to be a part of so many events in a single year. It would be far more likely for such a story to exist over a four-year period.

The music of the movie is suitable for the tone of Charlie’s experiences and perfectly represents the ‘90s generation. The soundtrack nods towards some ‘80s and ‘90s classics, including “Heroes” by David Bowie and “Come on Eileen” by Dexy’s Midnight Runners, as well as music from Nick Drake, the Smiths, Cocteau Twins and Sonic Youth.

The Perks of Being a Wallflower

is a strong film that leaves audiences with a sad and inspiring afterthought: that each moment lived as a teenager will be only a memory, yet each moment is full of life and energy. Due to the dark connotations made in the film, as well as references to drugs among other things, the movie is best suited for older teenagers as well as some adults who may be reminded of their high school experiences.